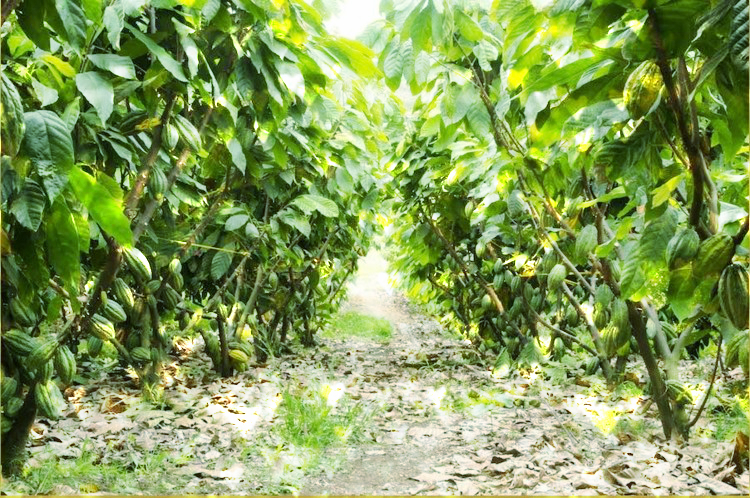 This month we are taking a more spiritual path into the cacao trees plantations. If you still haven’t caught up with the Tree Bathing – “Shinrin-yuku” trend, here is your opportunity to plunge in, and also to learn more about the magnificent trees that give us chocolate.

For thousands of years, cacao has been considered a sacred food.

Kakaw for The Maya people was a gift from The Gods. A creature called The Plumed Serpent gave cacao to the Maya, so their mythic scriptures say. An annual spring festival celebration was dedicated to honor their cacao god, Ek Chuah, with gifts, sacrifices and what you might call today ‘cacao face painting’ – ear lobes in particular. 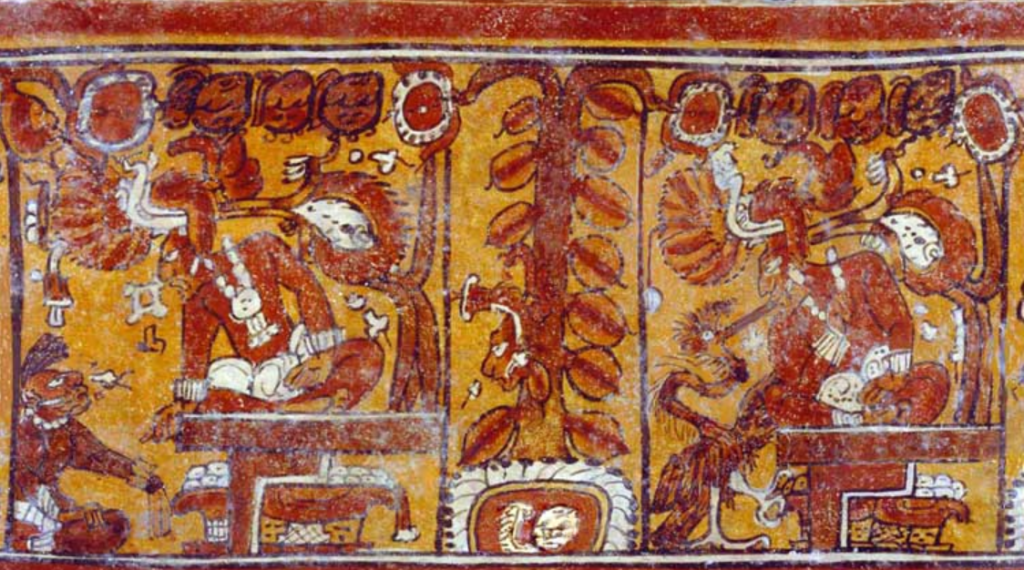 Another version of the cacao creation story was offered by The Aztec civilization:

The Aztecs had cacao priests taking care of rituals, including some awful ones we won’t mention here… As long as there is constant supply of cacao, sure… By the way, the cacao beverage used for their ritual was only allowed for men, as it was believed to be toxic for women and children. This meant there was more cacao for the men, then.

The Spanish explorer Cortés and his entourage were curious to see the vast quantities of the cacao beverage the Aztec emperor consumed, when they arrived in the Aztec capital Moctezuma in 1519. They brought back to Europe some samples of cacao beans, along with other agricultural products, but it seems that the use of cacao in Spain started only in 1544, thanks to a visit of some senior Kekchi Maya nobles.

This introduction was the beginning of our own addiction.

These poor souls were brought from the New World to Spain by Dominican friars to meet Prince Philip; Later on, their native people would be humbled and exploited.

Being so good (as you well know), chocolate had spread to France, and to other countries in Europe. Demand for chocolate had to be satisfied.

Let’s stop here to look at why things happened that way, and the consequences of supplying huge amounts of cacao globally: 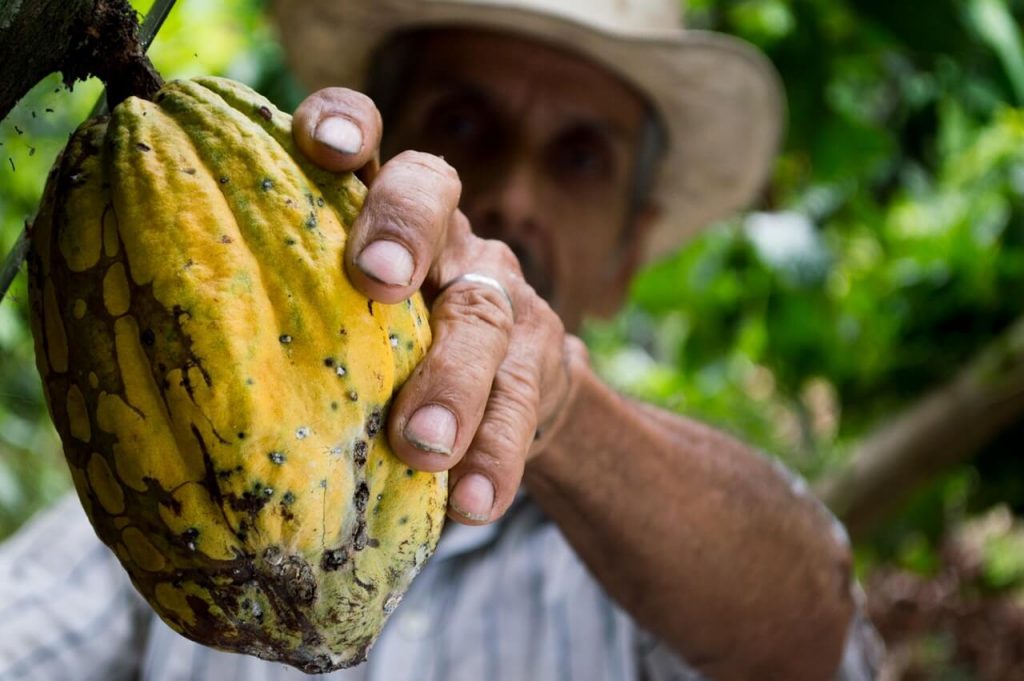 Sticking with (and for) the trees, and moving in closer, to cacao trees,
can become a life changing experience,
and it has happened to Ika ten years ago.

Bathing in a rainforest is good for you

If you haven’t yet heard about “Shinrin-yoku”, the latest Japanese wellness trend, here is the gist of it:

Shinrin-yoku means ‘taking in the forest atmosphere’, or Forest Bathing. It is about the therapeutic effect of forests and trees in general. According to Wikipedia, there are over 60 Forest Therapy Camps in Japan today.

Some lovely books about Forest Therapy and Nature Healing came out recently, following the popularity of a positive new data: studies suggest that visiting nature parks has therapeutic effect. Spending time with trees seems to raise levels of white blood cells, which equals to a better immune system. Scientists found that “being among plants produced lower concentrations of cortisol, lower pulse rate, and lower blood pressure.”

Just like the compound in chocolate being good for your health (releasing the “happy hormones” serotonin and dopamine), so are the phytoncides that trees emit into the air.

So let us suggest a visit to a cacao plantation!
This would be a most invigorating trip for the senses, surely.

If you are up for a once-in-a-lifetime journey, search for a meditation retreat, or a mindful exploration of cacao tree forests, to see how they are grown and harvested. Busk in the shade together with them.

Go to one of the “Cacao Belt” counties, such as Mexico, or Indonesia.

These special retreats offer unique ways to research the bean-to-bar chocolate trend, explore nature, and yourself, if you wish.

Maybe a place where the programme also offers chocolate tasting, making, cacao growing tours, and of course, meditation sessions under the trees. Perhaps even where an ancient cacao ritual is performed.

Until you go there, why not take some good quality chocolate to the nearest park, and sit under a big old tree? Perhaps bring a book, too.

Have a relaxing summer,