How about a trip around the world, to visit chocolate festivals?

It seems like there is no place on the globe where people don’t love and celebrate chocolate.

Even if you just feel like browsing festivals’ photos online, we’ve created a long list of chocolate events worldwide,
that are worthy of entering your bucket list.

The obvious place to start a trip is Europe, but as we’ll find later, the natural starting point is actually a small island in Venezuela. We’ll get there, too for a visit at the Church of Cacao.

Travel from classic bonbons to bean-to-bar trade fairs in 2018!

Our first stop is:

Eurochoclate is the largest chocolate festival in Europe, held since 1993.

It attracts tens of thousands visitors each year, usually during October.

Besides many free tasting opportunities, Eurochoclate is also famous for its chocolate sculptures.

Chocoa is 4 days of chocolate celebration, that puts an emphasis on the ‘bean to bar’ trend.
This means that you can participate in many lectures about sustainable cacao growing, and single origin chocolate making.

You can also expect a lot of the usual chocolate tasting, and trust the Dutch that beer tasting and drinking are also on the agenda.

Sweet Days festival celebrates chocolate, and candies in general. It’s more of a family and fun event. You can enjoy street food bars, live concerts, and kid-friendly programs. It sounds a bit like a Christmas market, only in better weather.

Belgium is an important destination to chocolate lovers all year round.

You can find over two thousand chocolate shops, and several chocolate museums.

The Salon du Chocolat is an international chocolate festival, that takes place in Brussels, as well as other major cities (we’ll get there, too).

Over 150 world renowned chocolatiers and pastry chefs from over 15 countries exhibit their exquisite creations.

You can spend a full day strolling around stalls, tastings, participating in workshops and lectures.

Special works of art made ​​of chocolate are created exclusively for the exhibition.

London’s Chocolate Show is a huge chocolate festival held in London every October.

It is a major event for professionals – a great place to learn about the most innovative techniques and industry trends.

The Show is part of the Salon du Chocolat organisation, so in a way you have a choice:

Go to London, Brussels, Paris, or many other places on the Salon’s calendar;
it’s a traveling festival that passes through 15 cities around the world but its annual highlight is in Paris.

Salon du Chocolat, Paris, France – has been taking place since 1994.

Over 500 exhibitors present at this conference. The agenda is full of lectures, workshops, tastings and even recipes.

And the best thing – it’s in Paris!

Which also means that a fashion show is held for the world’s haute couturiers and chocolatiers.

The Michelin guide has published a fascinating article about “The Rise of Southeast Asian Chocolatiers”.

It gives you a better perspective about the way Asian consume and produce (yes!) chocolate.

Tokyo has also been hosting the Salon du Chocolat in the past seven years:

Japanese culture has a very high esteem of the art of chocolate, and they manifest know-how and connoisseurship.

Japanese chocolatiers like Sadaharu Aoki have won the most prestigious international awards, and opened their own boutiques in Paris, too.

So if you’re up to some serious travelling, and tasting exotic flavours in your chocolate,
head straight to Tokyo Salon du Chocolat during 20 – 28 January, 2018.

Ika fell in love with chocolate making in Sidney, Australia, of all places.

Aussies are massive chocolate lovers and are quite knowledgeable when it comes to artisanal chocolate.

Smooth festival is a great event for professionals and tourists alike, offering a Lindt Lounge, and a Callebaut Test Kitchen.

To make itself attractive to locals, the organisers make a point of offering many vegan options. 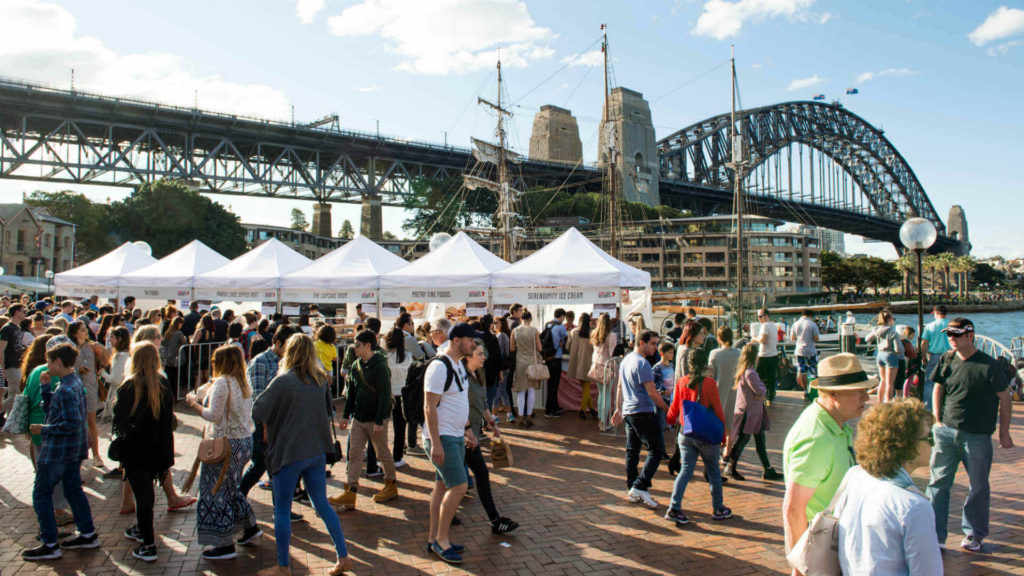 New York and other cities around the USA

The Chocolate Expo is held annually in NYC and then travels throughout the United States – visit their website to check out 2018 exact dates.

In the bay area, an annual festival held in Ghirardelli Square is very popular with locals.

The veteran chocolate manufacturer Ghirardelli takes over its surroundings, offering demonstrations, tastings and many live events.

It’s not a major crossing for international industry professionals, but hundreds of local artisanal makers and chef-patissiers from California exhibit what we’re sure is both yummy and cool.

Continue your trip and go down south to Latin America – a very important source for the chocolate industry.

The land of cacao growing

As you are probably quite aware, chocolate is made from cacao beans, that grow inside cacao pods, in very few countries.

In Peru, producers try to infuse more meaningful connection with manufacturers and chocolate makers, through the Salon del Cacao Lima.

It has been held since 2010, offering chocolate making demonstrations, business roundtables, and many other events relating to single-origin chocolate.

Other chocolate festival in Latin America:

It is said that the best quality cacao beans grow in Venezuela.

Cacao Venezuela is held in cooperation with the Italian commerce ministry.

The major attraction is a bean-to-bar laboratory, alongside the usual tasting bars and lounges.

The Chocolate Church in Chuao

We recommend visiting the village of Chuao, a small village located in the northern coastal range of Venezuela.

The beautiful church in the town square hold a special thanks ceremony to San Juan for a good cacao harvest.

According to Wikipedia, experts agree that the high quality of the cacao beans of Chuao is not only because the genetic varietal that exists in the plantation but because the intense work of La Empresa Campesina of Chuao during the pre harvest, harvest and post harvest.

It’s important to get to these places and truly understand how chocolate tastes, and how it is made.

There is so much you can learn in trips to cacao farms, watching the production process, tasting the mass that comes out of the conching machine – it’s nothing like the chocolate you buy at the shop.

“those who are creating the raw material for the magic we consume daily.”

“Worldwide, tons of cacao is grown, millions of bars are sold… But one number is astonishingly small: the amount the typical farmer makes in income. For many, it’s only $3 a day. They are among some of the poorest and least respected workers in the world.”
Seth Godin, Meaningful work

They certainly deserve our interest and respect.

I was very much inspired by this video, created by my favorite chocolate manufacturer Valrhona
– documenting a trip to a plantation in the Dominican Republic:

I am definitely looking forward to a year of flavourful new adventures.

Would you devote an entire year for travelling to chocolate festivals around the world?

Wishing you the sweetest year ever!