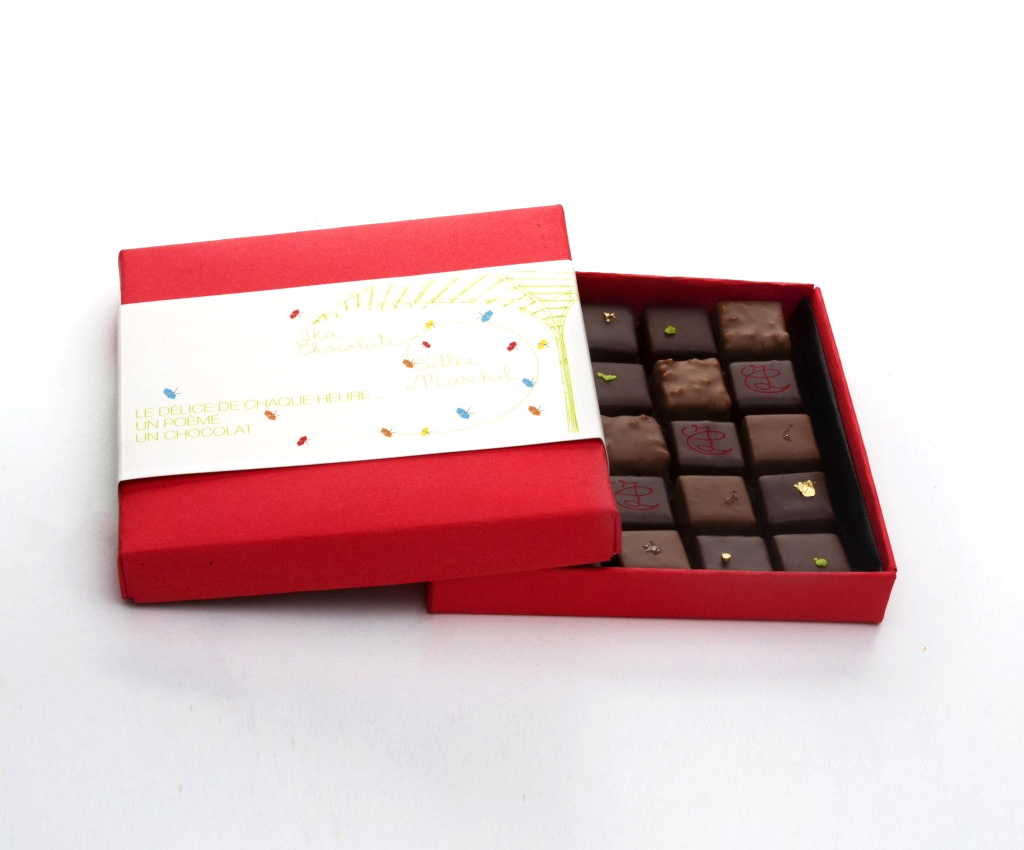 Towards the coming of the new year-“Rosh Hashana”, the chocolaterie is launching an early and limited edition of a series of pralines packages which Ika will sell at the well- known French department store-Gallerie Lafayette. 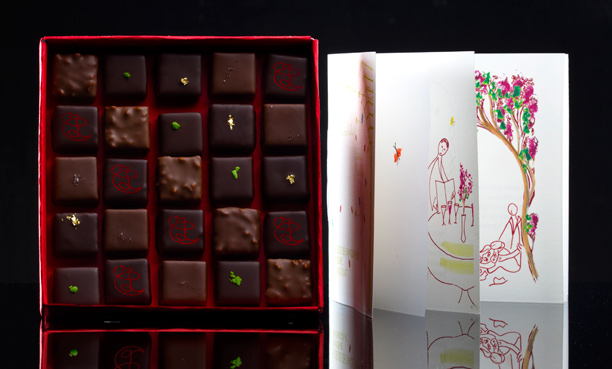 Starting the month of November the elegant packages will be on sale exclusively at the magnificent food hall at “Gallerie Lafayette” in Paris (which is moving to a new wing in September) as part of the prestigious Christmas collection of this famous institute.

Galleries Lafayette’s address to Ika to take part in the Christmas collection 2014 arrived following the international recognition which Ika is receiving in recent years and her winning the gold medal at the “International Chocolate Awards” for her zaatar praline which exposed her to the French press. This is the first time that an Israeli representative exhibits his creation on this respected stage. Ika’s produced in Israel pralines, will be the only kosher pralines sold on the premises.

The packages include a special poem written for each praline in an enclosed booklet which are the work of Gerard Guy the famous culinary poet and artist, who created menus for Pierre Herme, “Potel & Chabot”, pierre gagnaire.  In addition, the French companies  “Air France”  and “Valrhona” chocolate, imported to Israel by Tishbi winery, sponsored this special project. The link between all these bodies was Betty Edry Biton, the best chefs in France and in the world’s ambassador. As Ika said, “ Gallerie Lafayette’s address is for me much more than a business opportunity. The place represents the top of the culinary essence and my every visit in Paris begins there. My collaboration with Gilles Marchal and Gerard Guy brought a thrilling and original result. This is a wonderful example that shows how art and creativity exceed all borders and languages.